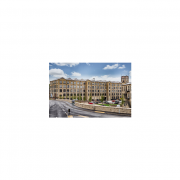 The Overriding Headlease interests of Eighty Apartments in four Blocks.

Part of a Substantial and Spectacular Development.

Each of the four Blocks are held on single 999 year Overriding Headleases from 1st January 2010 at a peppercorn.

out of which there are Eighty individual Occupational Underleases to each Apartment.

The Overriding Headlessees receive a Ground Rent of £27,114.40 per annum

reviewed to RPI every five years with the next review due in four years.

The Management Company manages the Development.

Section V Notices are not required as these are not four Qualifying Disposals under the Act.